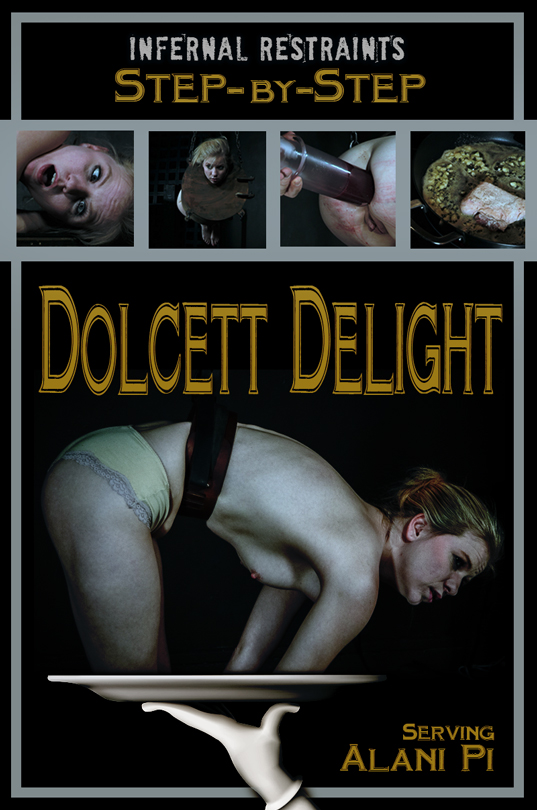 Alani gets a taste of Pi. I’m a hungry girl. I like to eat really delicious food, but I’ve never had a meal like this before. First he checked the meat. He wanted it to be nice and firm before he tenderized it. He took his time making it nice and tender. Each stroke made the piece better, he could see and feel his progress. Then he marinated it. Some ginger, beets, parsnip, even some spinach. Once marinated he basted it to perfection. He rubbed in some coconut oil. Removing the perfect piece was his next task. He let me trim and fry our dinner. I’ve never tasted such a delicacy, but I may have to try it again. Due to limited supply of such cuts of meat I’ll have to savor each bite.

Lola Love Will Deep Throat her Master’s Cock I’ve never been tied to the floor by my wrists. I learned quick I shouldn’t struggle. The rope burns too much. I needed my strength for what came next. My Master appeared from behind, his dick hard as a rock. I was afraid of it. It looked like it would tear every hole he wanted to put it in. My mouth was first. He warned me of his love for deep throat. His cock definitely was big enough for it. I couldn’t take much of it. I gagged every time he pushed it down my throat. I tried to move away for a break. He would raise me right up for more. He didn’t care if it was too much for me to handle. I did get a break, but my pussy was the reason why. It had to endure what choked me. He’s so rough. Every time I fell flat to the floor, he picked me up and pounded me faster and harder, reaching deep inside my pussy. Maybe gagging on his dick was easier. It wasn’t. He stood back up and shoved his dick in my mouth. My pussy was aching already.

We don’t really sexually stimulate Katie that much, because she is our best trained HuCow and she will accept any handling, massaging, and milking without problems. She can take the hardest milking sessions without any bondage, although we like to keep her chained up (it’s really the best to keep your HuCows collared so you can easily move and attach them to walls or frames). Sexual stimulation is mostly for HuCows who are still in training, it helps to associate arousal with milking pain so their brain gets reprogrammed to LIKE milking sessions. Katie doesn’t need all that, but we still love to reward her occasionally because she is our best HuCow with the most developed udders and she’s a fan favorite! Who doesn’t love a Katie session!!!

Sara Luvv Bound For The Sexual Experience Of A Lifetime Petite Latina slut Sara is tied, bound and blinded just imagining the cock that’s gonna fuck her hot pussy. As we went down the line with toys, things got kinkier as we fucked her tight pussy on that bed and shot all over her sweet cute butt cheeks.

Re-live Greyhounds entire 46 hours caged in complete darkness in this 46-Hour Garage Stream Challenge! Bound in her cage in some very strict bondage with zero sight and with as little human interaction as possible, our helpless little creature spends two straight days doing anything and everything she can to survive this grueling challenge! Watch as Greyhound does her best to find comfortable positions to sleep in, struggle as she tries to reach her Soylent and water, whimper through hours of being gagged and then watch her suffer through the humiliating task of relieving herself in her own food bowl, water bowl and litterbox! All that and more are included in this very special extended stream so make sure you check it out today!

Rylie figures she’s just hit the jackpot in the online dating sweepstakes. She’s met a man, he’s tall, muscular and rides a mean assed bike. He’s got a little coin too, so that’s always a bonus. Out on their first date, they’re just cruising around, he’s got big plans; maybe some dinner, a visit to the picture show and such. Or so he says…They make a pit stop by the office so he can grab some cash for their primetime evening. Rylie’s been left outdoors and this hot date seems to be growing a bit cold as the dude is just seemingly taking forever. With her patience wearing thin, she decides she should go and investigate to see what could be taking the guy so damn long. Walking into the office, she’s greeted by a long, dark hall. It’s not the only thing dark though, as the musclebound madman springs from the shadows and unveils his true motives…The virtual world further encroaches upon reality as this one time cyber relationship morphs into warm, hard flesh. Rylie’s belly down on the plank as she takes one hellacious, bound fucking from above. Her biker-dude suitor has another trick up his sleeve though as she soon finds when she’s fully bound from the ceiling. Overwhelmed by the situation, Rylie busts out a spattering, squirting orgasm as she handles a rough bondage fuck before she’s coated in cum.

Eventually, all HuCows end up visiting the medical ward. HuCows need regular health checks, and the farmer needs to make sure they stay in top shape for production in the barn. Today it’s Little Lanta’s turn to get her medical inspection. This gymnast HuCow is so flexible, she can be chained with her legs over her head without any problems. Of course, this gives the farmer great access to perform any necessary checks. Meanwhile, Little Lanta is still milked the entire time, we don’t want to waste any milking time of course. A third cup is placed on her clit to increase the size and sensitivity, because we have found that this treatment makes HuCows healthier and more productive. Little Lanta is also wearing a jewel buttplug (pink, which marks her as a novice HuCow), and she gets a nice magic wand reward on her sensitive clit! Don’t miss it, she is so cute!